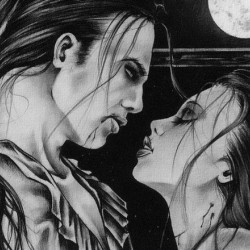 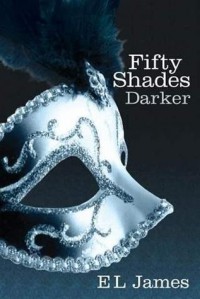 Please check out my other reviews at:

The intense second instalment in the Fifty Shades series is just as great as the first. In the end of the last book we see Ana leaves Christian. She's Scared of him and what he his capable of. She's also afraid that he can't love her. Understandable.. he is fifty shades of fcuked up.

In Fifty Shades Darker, Ana and Christian resume their 'relationship' on the promises of "more". When Ana leaves something clicks in Christian and he can't bear for her to be away from him. Then a new threat of an Ex Sub, Leila, ruins was very little peace they had. He's overprotective and overbearing and at times heartbreaking.

It's quite surprising how much of this story is everyday situations made extraordinary by both Christian, his wealth and his reactions to Ana's 'disobedience', for example, she wants to go to New York for a work related trip, he orders the company to stop employees at that level go. Considering he just bought the company... that she work's at.. not a coincidence.

My Favourite part is in chapter 13 and 14. Christian has just subdued Leila. Ana comes to the conclusion that he enjoyed still having power of Leila, and maybe he does. Ana sees dominant Christian in all his glory and second guesses his ability to not hurt her in the future. She tries to express her feelings, but he feels she about to leave him again and he breaks. He becomes a bit of a husk. It's quite awful to read really. he's such an opposing character... and that's when I fell in love with the character of Christian Grey.

Of course, my other favourite part is Christian's birthday party. the Lemon Martini thrown all over Elena.. at Last!!!

I would recommend this to Hopeless Romantics and those in the mood to be blown away by such an intense book.